Diablo 24″ Daggers on a Black Camaro 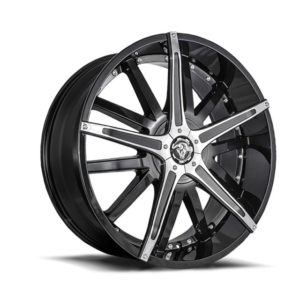 Diablo Daggers Are The Claws Of This Beast

Some objects just look like they can explode into action with a mere though.  A Camaro SS is one of these fierce beasts.  They just look mean.  Like it wants to eat your babies mean.  Add a set of 24″ Diablo Daggers to the mix, and the timid will simply flee in terror.

This sleek black panther has claws and knows how to use them.  It aggressively moves through the herds of lesser beasts looking to dominate.  Dominate it does as you both explode and glide past others as if they’re standing still.  Then you park and everyone looks on with admiration and longing.  Diablo Dagger wheels on the right car are just that perfect of a combination.